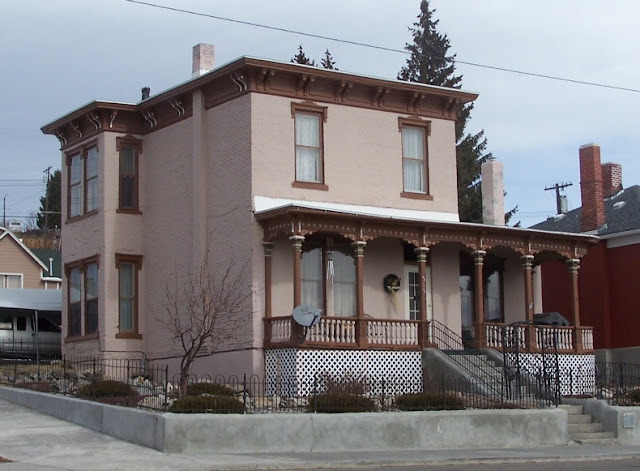 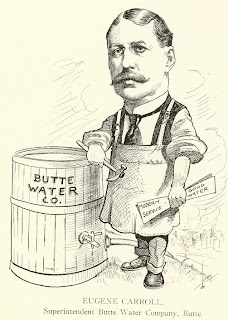 A corner location affords two views of this captivating home, built as a 1-story before 1884, with the second level added between 1888 and 1890. It was first owned by Butte attorney Thomas Napton. In 1890-91 this was home to Charles H. Palmer, Superintendent of the Butte & Boston Mining Company, who, a few years later, lived down the block at 410 W. Granite.  By 1897, Eugene Carroll, who later became the long-time vice president and manager of the Butte Water Company, owned the property. He and his wife, Mary, resided here until the end of the 1940s.

Although its builder is unknown, the home is a fine expression of the Italianate style and suggests the influence of a professional architect. Bracketed eaves, curved wraparound porch with square posts, and decorative cutwork trim above the windows richly ornament the design. A circular window, decorative frieze beneath the eaves, and ornamental porch brackets further embellish the elegant façade.

Text modified from historical plaque by Montana Historical Society. Photo by Richard Gibson. Image of Carroll from Cartoons and Caricatures of Men in Montana, by E.A. Thompson, 1907 (scan by Butte-Silver Bow Public Library).
Posted by Richard Gibson at 1:04 PM