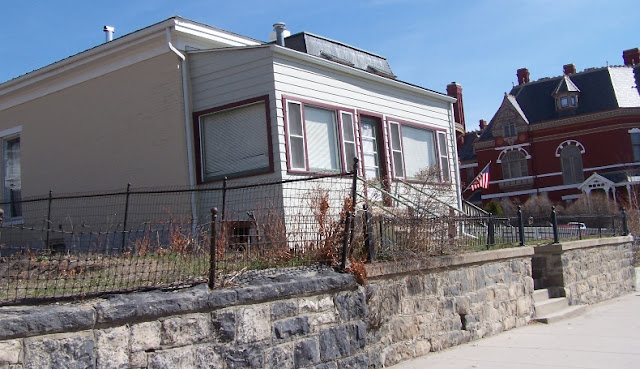 Alfred Holmes, manager of the Butte Trading Company, was an early owner and resident here. The house was built by 1884, and the enclosed front porch is a relatively modern addition.

The Butte Trading Company was a hardware business. On August 11, 1890, Shelley Tuttle purchased the stock of goods and merchandise of the Butte Trading Company for $47,000. The Tuttle Company was a foundry, but expanded into other businesses in the 1890s. It was ultimately merged into the Anaconda Company’s foundry, which in turn became the Anaconda Foundry and Fabricating Company, or AFFCO, which exists today.

Following the takeover of Butte Trading by Tuttle, Alfred Holmes served as Tuttle’s manager in the early and mid-1890s when he lived in this house. Tuttle’s main office and store was in the 300 block of North Main at that time.