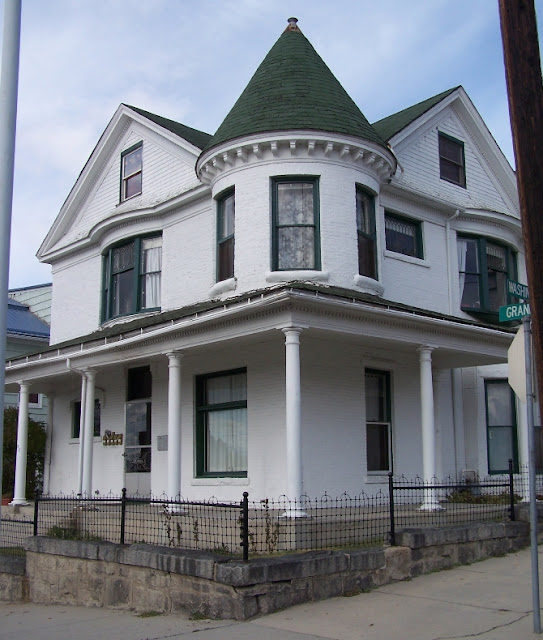 Elaborate and elegant on its eye-catching corner, this well-tended gabled and turreted Victorian-era home was built circa 1897 for mining engineer J. Benton Leggat. Bowed glass, a diamond-paned window, and dentils under all the eaves spark its distinctive personality. An 1890 graduate of Washington University, Leggat subsequently located in Butte where he operated numerous mining properties. It was said of him: “While men less resourceful and more cautious are thinking of a plan, he is accomplishing a result.”

After Leggat left Butte in 1913, the next owner was Harry Byrne, Butte manager of Paine Webber stock brokerage. A later longtime owner was Dr. Thomas J. Murray, who came to Butte in 1885 after proving his medical skills in the dangerous back-water swamps of Mississippi. Murray, who died in 1930, long operated a private hospital in Butte and was influential in securing legislation that created the state board of medical examiners. Although its many rambling rooms have long been divided into rentals, the nineteenth-century essence of this beautiful home is untouched.