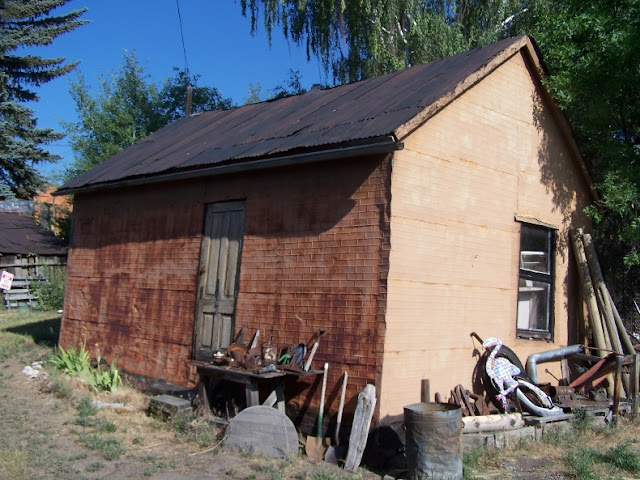 These shacks and outbuildings were at the extreme north end of the shanty town that grew up in the 1880s on the near southeast side of Butte’s main business district. The “Patch” was home to bootleggers, drunks, prostitutes, poor families, newly arrived immigrants, widows with children, criminals, and other down-on-their luck residents. 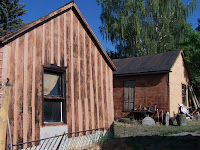 Construction is truly vernacular, using available materials, scavenged or stolen from waste piles, mine yards, and elsewhere. In 1916, the Cabbage Patch extended approximately from Arizona Street on the west to Oklahoma St. on the east, and from Galena (and its extension) on the north to Platinum or Porphyry on the south. Most of the buildings – more than 200 – were razed in 1940-41 to make way for Silver Bow Homes, the ranks of low-income apartments that still stand south of Mercury Street. At about the same time, the buildings here were converted to garages, with addition of flooring and large garage doors. 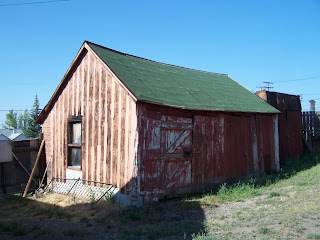 When used as residences, these places had dirt floors, and no electricity, running water, or sewer systems. Important original elements include scraps of linoleum and loose fabric used as wallpaper and insulation, and pressed tin and wood timber walls. The name reflects the frequent use of cabbage in meals—that smell, combined with that of the open sewer that wound its way through the district, contributed to the seedy feel of the neighborhood.

The surviving buildings of the Cabbage Patch are part of a tour with Old Butte Historical Adventures.