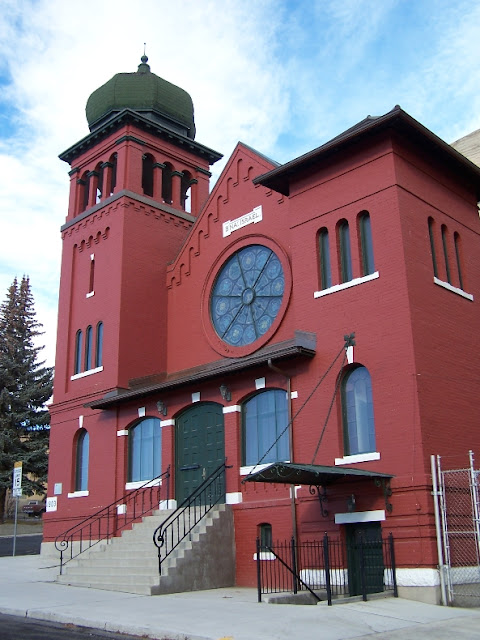 Butte’s ethnic diversity is well represented in this beautiful synagogue, dedicated February 26, 1904. The Butte Jewish community dates to 1875, and Butte’s first mayor, Henry Jacobs, was Jewish. Jacobs immigrated to the U.S. from Germany in the 1850s, fought for the South in the Civil War, made his way north in the 1860s, and was elected mayor in 1879.

After the Jewish community split into one reform and two orthodox groups, this temple was built for use by the reform congregation; the orthodox congregations continued for a few years but were ultimately disbanded. The three-story masonry building features a corner bell tower with an onion dome roof, an ornately corbelled front gable with rosette window beneath, and semicircular brick arches. This is the oldest synagogue in Montana still in use as a synagogue (the one in Helena is slightly older, but no longer serves as a house of worship) and this is one of only a few synagogues in the United States still in use that has the Moorish (onion-dome) architecture. Prior to its construction in 1903-04, the group worshiped in the Carpenter’s Union Hall and at the Mountain View Methodist Church. 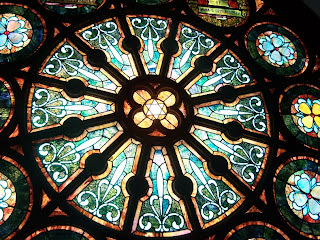 The land was provided to the Jewish community in 1885 by the Northern Pacific Railway. Stained glass windows commemorate Elias and Mina Oppenheimer, German immigrants whose sons Joseph and Henry were partners with George Symons in Symons’ Dry Goods, a store that eventually became one of Butte’s most important department stores.