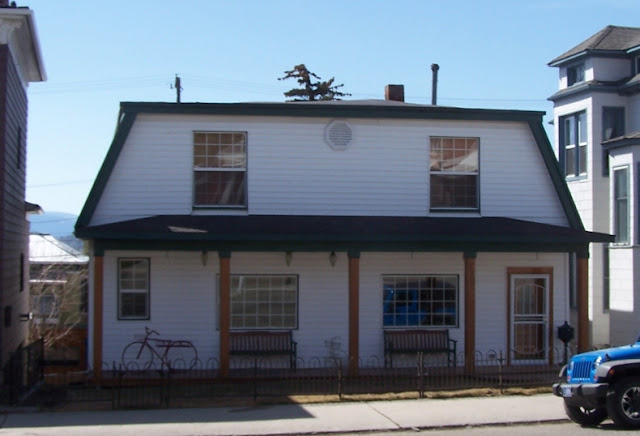 The western half of this house (312) was constructed before 1884 as a small home with a Mansard roof and stone basement. It was owned initially by Butte City Attorney Howard B. Smith, who lived here when the address scheme had it as 161 West Granite. The house was doubled in size between 1888 and 1890 by the addition to the east (310) and the filling out of the second floor, making the building into a duplex.

The James Lynch family lived at 310 in 1907; Mrs. Lynch was active in the Ladies Aid Society of the Welsh Church. From before 1907 to the late 1920s, 312 was the home of Mary and Hayes Cannon. Hayes was a partner with Archibald McMillan, “Real Estate Etc.,” with offices at 1 West Broadway (the First National Bank building). The Cannons’ daughter, Edna, was married to Frank German in this house Oct. 6, 1908; the ceremony was performed by Pastor E.J. Groeneveld of the First Presbyterian Church. Hayes died about 1927 and Mary continued to live here at least until 1937.