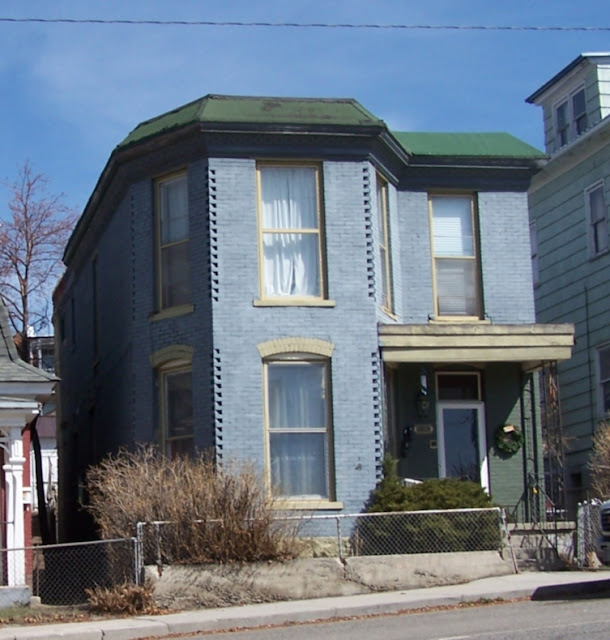 This house replaced a single-story frame building that had stood here at least since 1888. The original owner was H.C. Hopkins, although he appears to have died or left Butte by 1900. There were other Hopkins nearby; Olivia, widow of Robert P. Hopkins, lived at 413 West Granite at least from 1893 to 1899 when she moved to San Francisco. Since there is no 413 West Granite address, and because the address scheme changed during the 1890s, it is possible that Olivia and Robert actually lived at the 409 address. More research is needed on the Hopkins family of West Granite Street.

Behind this house, on the alley, in 1888 were two large “stove warehouses” that belonged to William Jack, a dealer in stoves, hardware, and pumps who lived at 403-405 West Granite. In 1890, a carpenter’s shop (possibly moved from the rear of 411 W. Granite) and alley dwelling stood behind this home, and from some time before 1916 until after 1957, five tin-clad “cabins”  were in the back portion of this lot on the alley, addressed 409½ and presumably crude dwellings of some sort. They were “vacant and dilapidated” in 1951 and 1957.