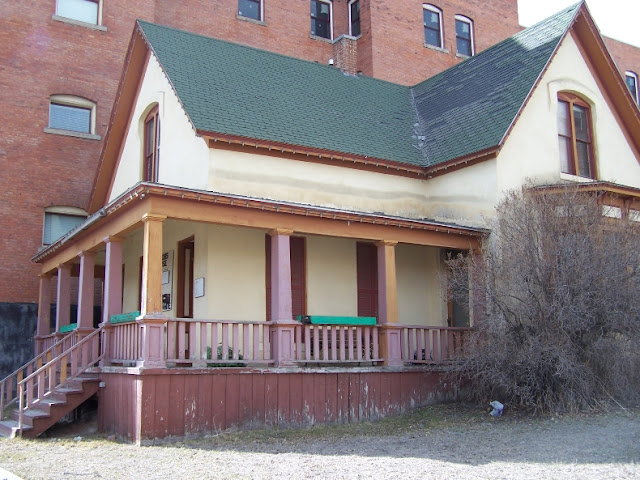 Henry Jacobs (1835-87), Butte’s first mayor (1879-80), was a native of Baden, Germany. He immigrated to America’s south at the age of nine, and fought for the Confederacy in the Civil War—he was at the siege of Vicksburg in 1863. He came to Montana in 1866, establishing his first clothing store in Diamond City, a gold-rush town in the Little Belt Mountains on Confederate Gulch north of Townsend. He located in Deer Lodge in 1869, and eventually moved to Butte in 1876 where he established the H. Jacobs and Company clothing store, located by the mid-1880s in the new Lizzie Block, corner of Park and Main (Party Palace today). After 1879, Jacobs was in partnership in his business with Herman Ganz of Helena. 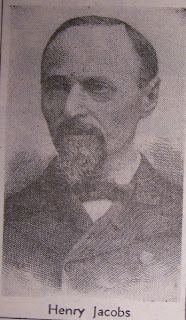 Jacobs and his wife, Adele (1839-1928), completed this charming home circa 1879. It was one of Butte’s early all brick residences, although today the brick is covered by stucco. The wrap-around porch is an early, if not original element of the house; it was present in 1884. Mr. Jacobs served as a school trustee, an officer of the I.O.O.F., and president of the Hebrew Benevolent Association. Both Adele and Henry Jacobs are buried in Butte’s B’nai Israel Cemetery, although Adele appears to have left Butte by about 1900.

In 2013, the property was owned by the city and county of Butte-Silver Bow, which rents it to non-profit organizations for office space.