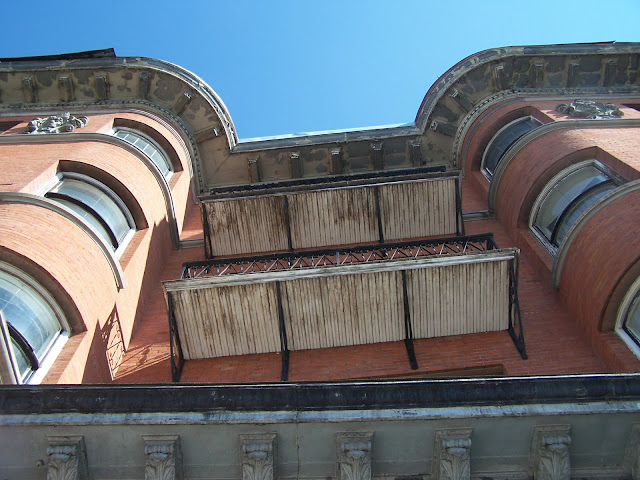 Turn-of-the-twentieth-century social critics viewed apartment living as “the most dangerous enemy American domesticity has had to encounter.” Nonetheless, construction on the Leonard was begun in March of 1906 as Butte was experiencing an economic boom, and there was a great demand for rental units in the growing city. The site chosen for the Leonard was considered excellent at the time of its construction: "It is close enough to the business district to be convenient, and yet far enough out to be in the fashionable residence district." (Butte Miner, March 25, 1906). 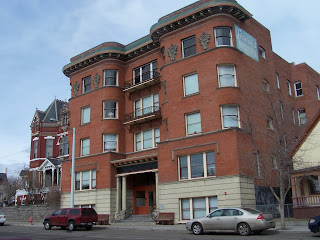 The Leonard was built from the start to house several classes of tenants. The spacious front apartments for wealthier tenants had extremely tiny kitchens; as the building featured a dining parlor in the basement, it was assumed tenants would take their meals there. In 1910, the Leonard Cafe advertised that it was “the best place in Butte to dine.” Patrons could enjoy a complete dinner for fifty cents. The apartments in the center of the building for middle-class tenants included full bathrooms and moderately-sized kitchens. At the rear of the building, apartments consisted of a single room with a closet and a sink; bathrooms were shared with other tenants. Many of the tenants in earlier years were single women: store clerks, teachers, and nurses. The Leonard was considered very respectable housing.

The building is not quite square with Granite Street. As with many lots and a few buildings in Butte, the front (south) side follows a mining claim, which is not quite coincident with the modern street edge. The photo above shows the asymmetrical cornice, which reflects this history. The cornice has been refurbished and repainted since this photo was taken, but the geometry remains the same as when the building was erected.

The myth that Marcus Daly had the Leonard built to block the view of his nemesis, William Clark, whose mansion stands next door, is untrue. When the Leonard was built in 1906, Daly had been dead for 6 years and Clark was seldom at the mansion, as he was a Senator in Washington, D.C.