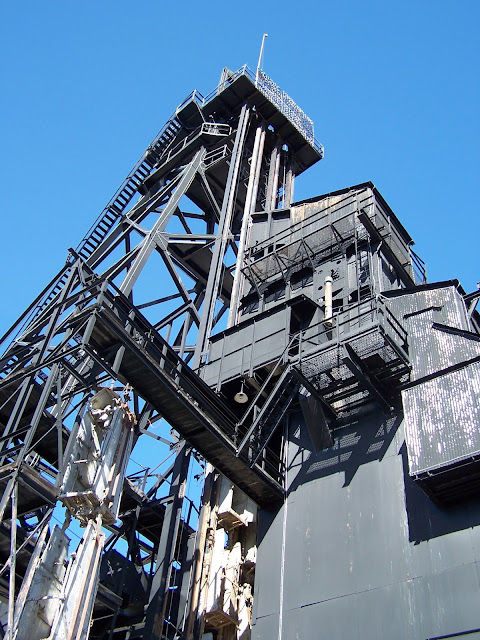 The Anselmo Mine operated from 1887 to 1959, and is 4,301 feet deep. The mineyard is the most intact of any in Butte, and includes the main hoist engine room, an auxiliary (chippy) hoist building (with a lamp room in the lower level), carpenter shop, timekeeper's offices, hose house, the dry, and a warehouse in addition to the headframe with its tipple and two idler towers. The compressed air tank also survives. Inside, tools and other artifacts are found in place, just as they were when the mine was operating. The Anselmo was an important lead-zinc mine. It also produced silver and copper.

The Anselmo and its mineyard are owned by Butte-Silver Bow County, which is working toward making the mine part of a Regional Heritage Park. The present Anselmo headframe came from the Black Rock Mine, and was moved to the Anselmo in 1936. The Anselmo yard also held a timber yard that supplied lumber for underground timbers to many mines. The Anselmo was where timbers were treated with arsenic to prevent rotting; the main timber mill was west of Butte, at Rocker. A lengthy strike that shut down most of Butte's mines in 1959 spelled the end of the Anselmo, which did not reopen after that strike.

The Butte, Anaconda and Pacific Railroad trail passes near the Anselmo yard. Not far to the west, the trail passes the Desperation Fan Tower, an octagonal concrete structure where bad air exited from the Anselmo mine.

See also this collection of 1980 HABS/HAER photos of the Anselmo. 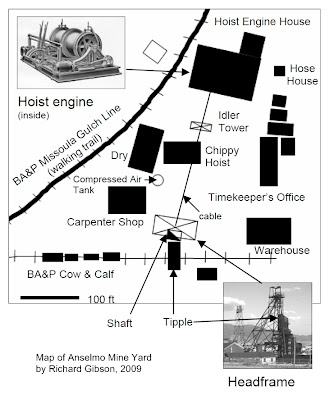 Resources: A self-guided tour of the mines of Butte, Butte Historical Society; Guide to the Butte-Anaconda Copperway, by Richard Gibson. Photos by Richard Gibson. This article is modified slightly from its original publication in the Vernacular Architecture Forum Guidebook, Butte, 2009.
Posted by Richard Gibson at 3:10 PM

Email ThisBlogThis!Share to TwitterShare to FacebookShare to Pinterest
Labels: 1887, Anselmo, mine