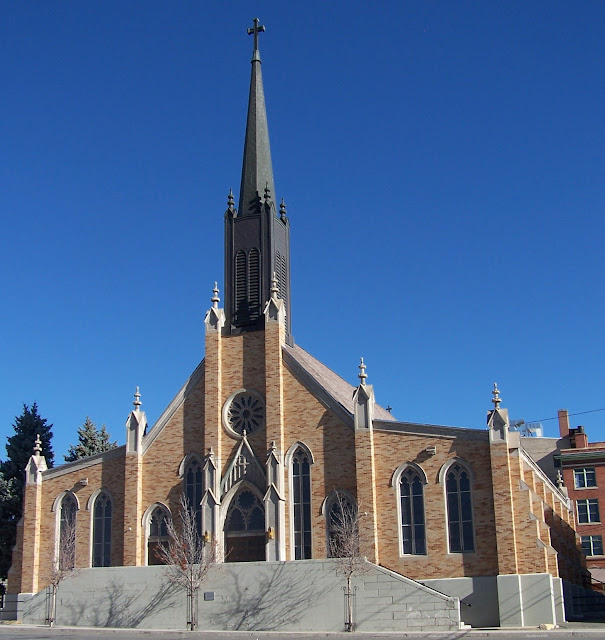 Butte’s early Catholic community established a mission in Butte in 1866, and the first parish church, a temporary wooden structure, was built west of this site in 1879. Father John Dols, the first pastor, arrived in the spring of 1881. The following year the cornerstone for a new church was laid, and formal dedication of St. Patrick’s took place in 1884. Two one-story wings were added to the original central portion in 1896, shaping the structure to its present appearance. Although exterior remodeling in the late 1940s has somewhat altered St. Patrick’s original façade, the graceful spire and elegant Gothic arches reflect its original design. Most of the stained glass was replaced in the 1940s renovation.