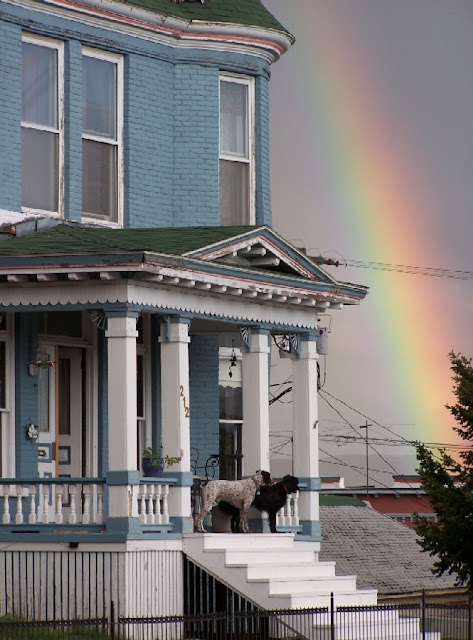 This stately Queen Anne mansion was built for William J. Alexander, a successful Butte grocer who came to Butte in 1880. The home rests on a granite stone foundation and is wood frame with brick veneer. The only alterations are a relocated third-floor stairway, and an addition on the rear (east) side. 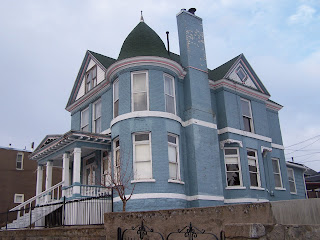 With its hilltop location and dramatic view west down Quartz Street, this prestigious home anchors the Hub Addition, developed during the building boom of the 1890s. Set among less ornate middle-class homes, cottages, boarding houses, and a stone’s throw from the much later Mueller Apartments on Granite Street (1917), this building epitomizes the juxtaposition of class evident throughout Butte.

Alexander’s grocery was at 64 W. Park Street, but the neighborhood of this home was served by the Crystal Street Grocery one block south at Granite Street (northwest corner; closed after a 1973 fire; a vacant lot today) and Finley’s Grocery at Quartz and Jackson Street (southeast corner).