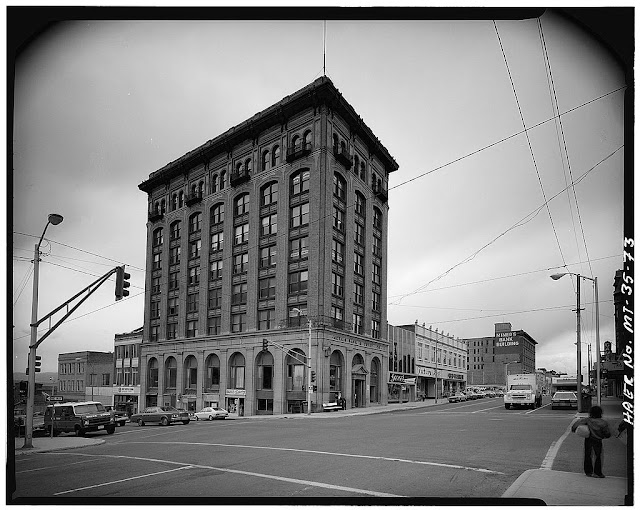 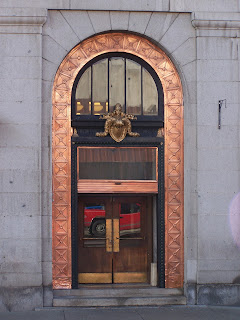 A copper-trimmed entry complements the gray stone. Above, brick walls and stone arches culminate at the sixth floor. Ornate wrought iron balconies punctuate the second and seventh floors. The cornice and exterior window casements are copper, largely with a black patina today. An open wrought-iron staircase carries this element inside, where copper-trimmed windows with African mahogany frames and a marble-walled elevator lobby reflect 1906 Butte’s wealth. A huge polished steel bank vault recalls the building’s first use.

Upper floors were renovated in the late 2000s to produce elegant loft apartments and condominiums.