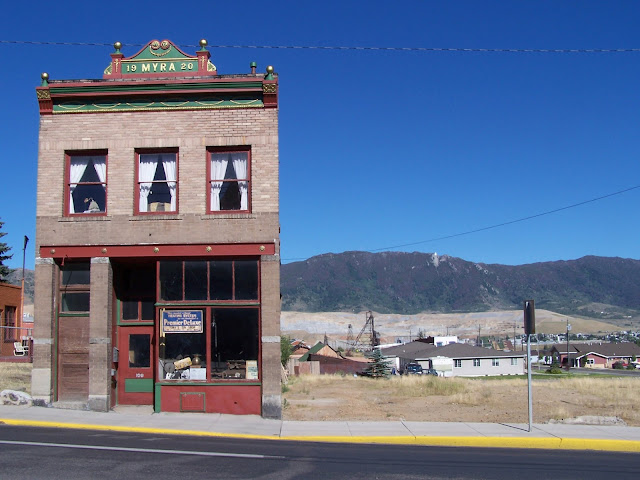 The oldest section of this building is the front 12 feet of the first floor, built as Tony’s Tin Shop in 1914-15. The shop grew to the east in at least two additions before 1920, when the second floor was added as a small boarding house. By 1925, the upper floor was rented to a couple who lived in the eastern extension of the second floor and who operated the front portion as a brothel according to family history. The family – Tony and Mary (Myra) Cononica, lived in the add-on section east of the first-floor tin shop.

Original elements of the building are preserved because it remains in the same family; the tin shop has never served any other role. The boarding house/brothel upstairs is relatively small, and would have been a fairly upscale brothel, falling somewhere between the high-class parlor houses and low-end shacks called cribs.

Tours of this building are available from Old Butte Historical Adventures.