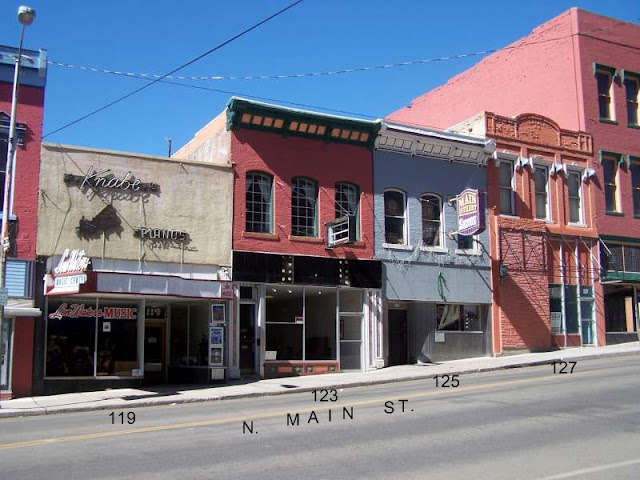 Cast-iron pilasters, a metal cornice, interior hardwood paneling and a pressed metal ceiling are reminders of the varied remodelings of this early commercial building, constructed before 1884. The saloon and billiard parlor that occupied the first floor here in the 1880s and early 1890s was the uptown outlet for the Centennial Brewing Company, largest in Butte. The brewery was located along Silver Bow Creek, west of where Montana Street crosses it today.

In 1895, architect H. M. Patterson remodeled the building for $5,000, adding a cast-iron storefront. By 1910, Clerke’s Clothing Store occupied both this building and the one next door. Store president Samuel Clerke installed the metal cornice joining the two buildings. During the 1930s at this address Butte’s immensely popular Spokane Cafe served a sizable clientele. The building’s most significant use, however, occurred in 1905. During that year the Woman’s Protective Union (W.P.U.), predecessor of today’s Hotel and Restaurant Employees International Union and the nation’s first union for women, met upstairs. This pivotal organization was founded in Butte in 1893 so that women would not “…be behind their brothers in demanding their rights.”

Like its immediate neighbors, this is one of Butte’s earliest substantial buildings. Dating before 1884, it documents various periods of use through a distinct sequence of visible alterations. The ground floor commercial space was originally occupied by a jeweler and a tailor. Furnished rooms were available at the back and upstairs, accessed by an interior stairway. The upper windows with their graceful brick arches are typical of this earliest period. A dry goods/notions and millinery shop next shared the commercial storefront.

Butte architect H. M. Patterson designed a new façade in 1895, connecting this address with the building to the south. The cast-iron pilasters of that remodeling remain visible next door. In 1900, an inner doorway opened into J. V. Harmon’s saloon at 123 North Main. Clothing store owner Samuel Clerke installed the metal cornice in 1910, further linking numbers 123 and 125. By 1930, Hoenck’s Fur Shop occupied this building, once again separating the two addresses. Art Deco style metal sheathing, added circa 1940 and since removed, further chronicled the building’s alterations as its function changed over time.

Like other buildings in this block, the backs of these two were damaged by a major fire in 1889, and the buildings were declared total losses, but they actually survived. This block, excluding the north and south corners, is among the oldest intact sections of the Butte business district.