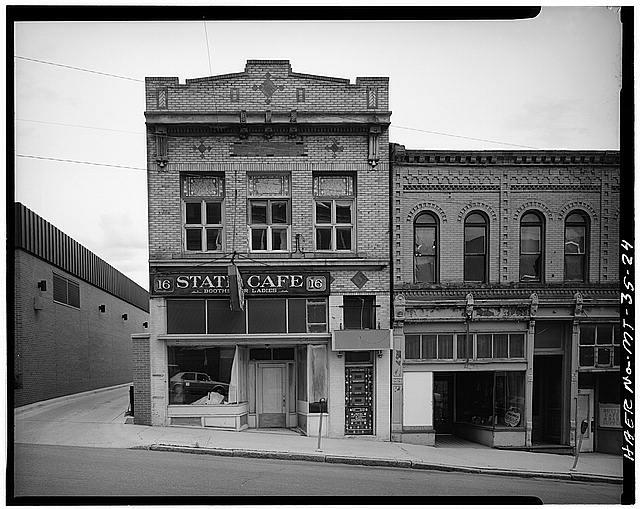 The Gagnon Realty Company constructed a single-story building on this site in 1914, adding the second floor before 1916. Mosaic tiles at the entrance proclaim the business of its early tenant, baker Joseph Boulet, who moved his Iona Cafe and Baking Company here from Park Street in 1915. In 1917, the Iona became the State Cafe, and so it remained through the 1960s. An ornate metal cornice, decorative brickwork, transomed windows, and a sign for "Flor de Baltimore" painted on the north wall recall another era. Underneath the building is an excellent example of the subterranean passageways that crisscross the city. These passageways delivered steam heat to downtown businesses.