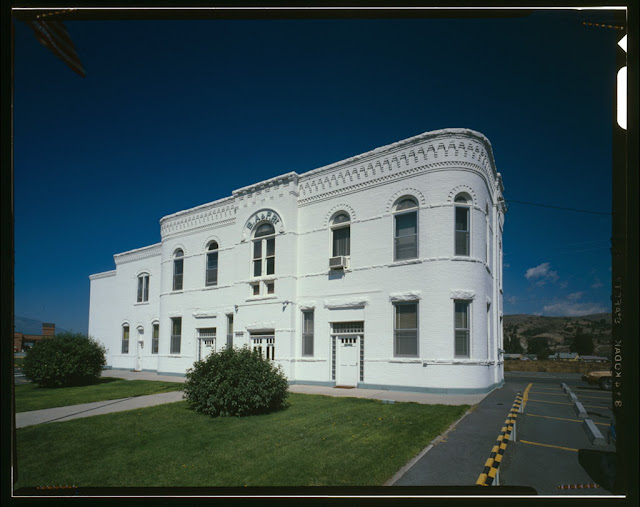 The General Offices of the BA&P Railway formerly served as the passenger depot and dispatchers office for this rail operation. Built in 1898, the two-story brick structure has rusticated granite window lintels and sills with a continuous granite belt at the top and bottom of the second-story windows. The windows also feature overhead semicircular arch transoms. Dentilled and corbelled brickwork appears along the roofline at each building facade. The east end of the building has rounded corners, while a rectangular wing extends from the west end. The BA&P was incorporated October 1, 1892, and began hauling copper ore from the mines at Butte to the smelter at Anaconda by the close of 1893. The line also provided passenger service to Anacondans from this building location from the time of its construction until April 1955. Originally steam-powered, the BA&P Railway was, by 1916, the first fully electrified railroad in the United States, and the first heavy-haul electrified railroad in the world. In the 1960s, diesel locomotives replaced all the electric models.