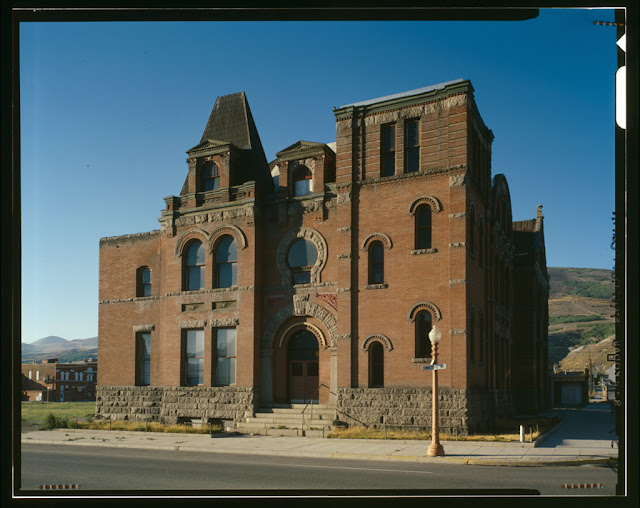 The Anaconda City Hall was designed by Lane and Reber, architects, and constructed in the years 1895-96. $34,000 in bonds were voted by the city for the construction of this building, and the contract was given to Jacobson and Company of Anaconda. This three-story brick building consists of three large bays at the west facade with a two-story addition to the east. The Fire Department's Engine House is located at the rear of this structure, while the front portions of the ground and second floors contain a court room, clerk's office and attorney's office.

The original plans for City Hall, prepared by Charles Lane, incorporated a 90-foot semi-enclosed tower housing a four-sided Seth Thomas illuminated clock. A 25-foot bell tower was later added to the east end of the building. Both towers are now removed. The overall building dimensions measure 53' x 102'; the main building measures 50' x 100'. The basement has 9-foot-high ceilings; the first floor, 14-foot ceilings; and the second floor 13-foot ceilings. Local materials, including Anaconda red pressed brick, monument quarry granite and Anaconda copper trim, were used to build this structure. In 1897, the county seat was moved from the town of Deer Lodge to the City Hall building in Anaconda. Deer Lodge County paid the city $2,000 annually to use this facility as the county court house until the present court house was completed in 1900.

The building is occupied in 2013 by the Copper Village Museum & Arts Center. Web site