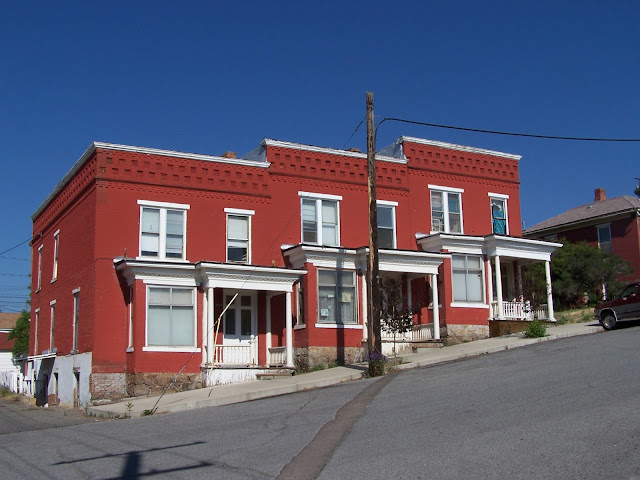 These three attached Italianate homes step up Idaho Street, reflecting a common accommodation to Butte’s topography. The middle unit upstairs (211½) was home to Butte Police Chief of Detectives Ed Morrissey, implicated in the murder of Frank Little in 1917. Morrissey probably murdered his wife here in 1919, and died in his bed here in 1922 of injuries suffered in a fight. The brick buildings were erected before 1900, probably about 1898.