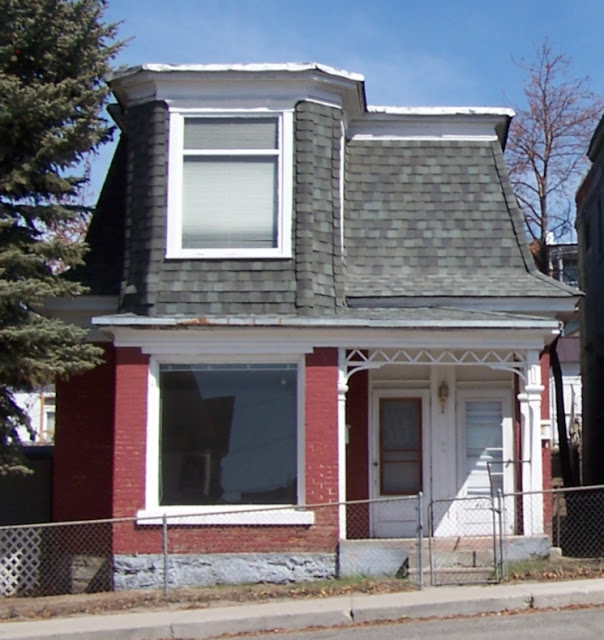 This Second Empire style home was among the earlier houses built this far west on Granite Street, erected between 1884 and 1888. The original owner, who built it for himself, was contractor James D. Jenks. From the beginning the house was two flats, one upstairs and one down, and there was also an alley house behind this building, addressed 411½. Built about 1890, the latter replaced a carriage house and carpenter’s shop that stood on the alley in 1888. That alley dwelling was gone by 1951 and the duplex carried the two addresses, 411 and 411½, as it does today.