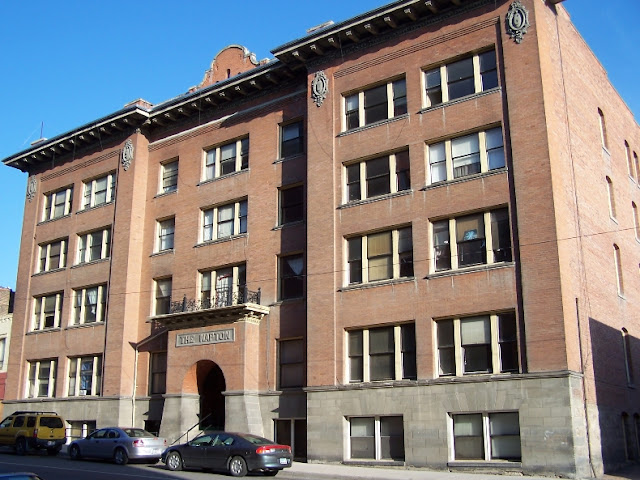 A grand arched entryway topped by a wooden bracketed cornice and ornate iron rail welcomes visitors to the Napton. Because downtown apartment buildings were a hallmark of big cities like New York and Chicago, construction of the Napton Apartments in 1906 contributed to Butte’s image as a booming metropolis. Its construction also reflected investor confidence in Butte’s future, confidence justified by more than $3 million worth of building projects undertaken that year. The 1906 boom resulted in part from settlements of lawsuits in the War of the Copper Kings, freeing up investment money. The year is emblazoned in four separate medallions on the upper façade of the Napton. 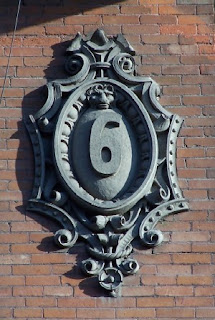 Architect W. A. O’Brien designed and oversaw construction of the four-story, three-bay, 48-unit apartment building. As expected, the Napton soon became home to members of Butte’s professional class from teachers and mining engineers to business owners and stenographers. Judge George M. Bourquin, who lived here in room 211 from 1915 through 1939, was undoubtedly the Napton’s most renowned resident. Appointed to the federal bench from 1912 to 1934, Bourquin was a courageous defender of individual civil liberties in the face of the mass hysteria that swept the country during World War I. His decisions, highly controversial at the time, upheld such rights as freedom of expression and protection from unreasonable search and seizure. Bourquin and his wife Hazel also maintained a home at 223 N. Excelsior Street in the late 1920s.