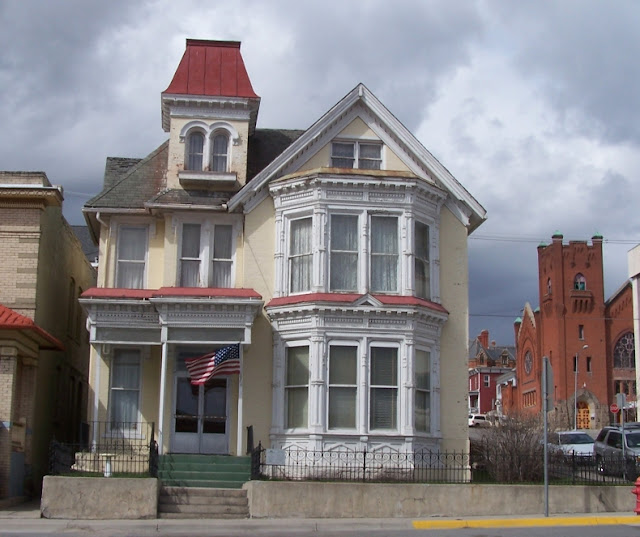 Traveling by stagecoach from Quebec, Canadian-born Thomas Lavell arrived in Deer Lodge in 1874 to join his brother, Geoffrey. The two came to Butte the following year and established a sawmill, providing lumber for the town’s first sawn-wood buildings. With characteristic “push and pluck,” Thomas established the Butte Cab and Transfer Company in the mid-1880s, which grew from a pioneer livery stable to Montana’s largest taxicab and light trucking business.

Thomas built this beautiful home for himself and his wife, Melissa, circa 1887. The couple had six children, four of whom survived childhood. According to the Montana Standard, the Lavells entertained extensively, and their home “for many years was the scene of outstanding social affairs.” A tower with a Second Empire style mansard roof, ornate wooden brackets, and decorative cornices are a lively reminder of fashionable, early-day Butte. Melissa died in 1923 and Thomas, who came to be known as Butte’s “dean of business,” made his home here until he died in 1941.