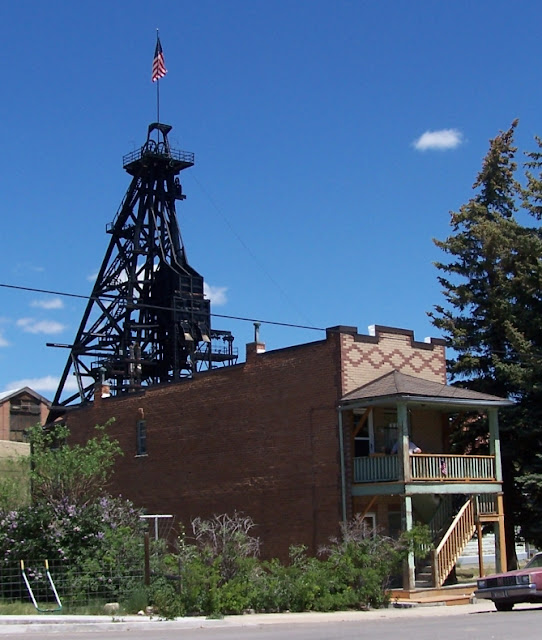 This two-level, two-resident shotgun house is typical of buildings erected on Butte’s narrow lots. Mine dumps from the Original Mine, directly north, and its precipitation plant just to the northeast were juxtaposed with the narrow residential district on Copper Street. The northwest corner of Copper and Arizona was occupied by a rooming house, with the Swedish Methodist Episcopal Church on the second floor; directly across the street, on the northeast corner, was the Gold Hill United Lutheran Church. Sandwiched between the mine yard and the large government and commercial buildings of Quartz and Granite Street, this tiny neighborhood was a microcosm of Butte’s intricately interconnected industrial, residential, and commercial zones.

Space-saving innovations in the shotgun duplex include a roll-away bed that slides out of the dining buffet from beneath the adjacent bathroom floor. The building cost $2,800 when it was constructed. The wood frame and brick veneer are typical of Butte shotgun houses of this era; the original floor plan is intact. The rear stairway has been restored to the original design.