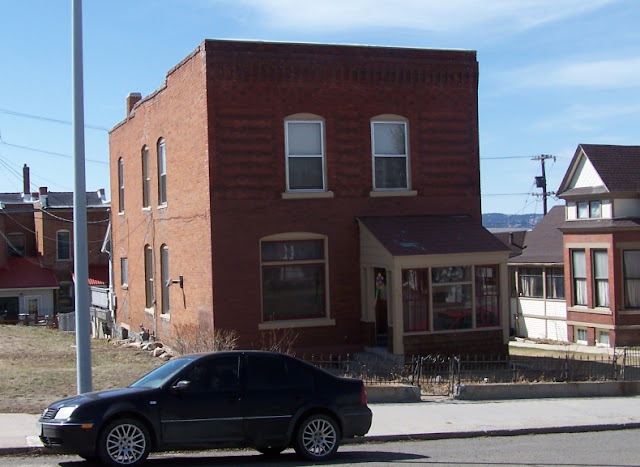 This house was constructed in 1898 by the Thompson Investment Company, which built many of the smaller miner’s cottages and other homes in developing Butte. The front porch, which formerly extended the width of the building, was added before 1916.