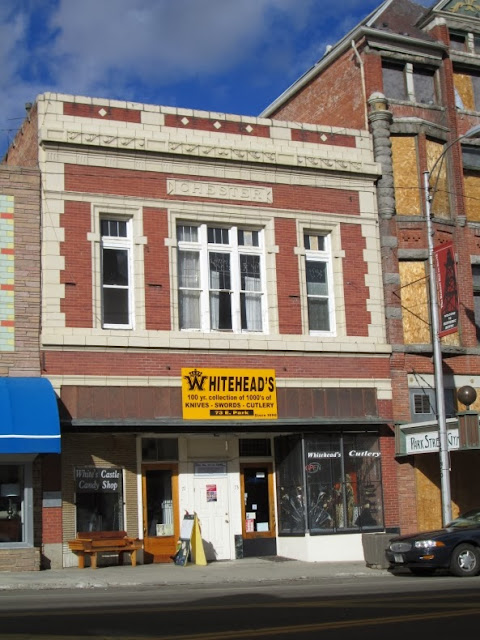 Businessman Charles Steele financed the $4,500 construction costs of this exceptional commercial block, designed by Butte architect James C. Teague, in 1917 (completed 1918). The building is architecturally significant for its striking terra cotta ornamentation and historically important as the founding site of the Teamsters Union Local No. 2. This powerful group held its first meetings in the upstairs hall until they built their own building on Harrison Avenue.

The building’s upper story, with its multi-light windows, terra cotta quoins, decorative name plate, and cornice, remains in pristine condition. Terra cotta, here painted cream-color in stunning contrast with the red brick, is a feature seldom seen in Butte. The original mosaic-tiled floor spans the length of the three ground-floor entrances. Whitehead’s cutlery shop has occupied one of the two commercial spaces for many years, while the other once housed a mortuary. 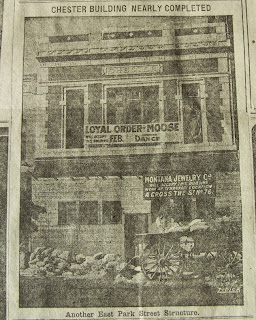 During the late 1960s and early 1970s the Rumpus Room occupied the upper floor. The northeast portion of the top floor sported a bar, with the remainder of the floor dedicated to tables, chairs, and a large dance floor. At that time, entrance to the bar was from the alley. Prior to opening in the Chester Block in 1963, the Rumpus Room was located at 2 South Main St., below the Rialto Theater (demolished in 1965).