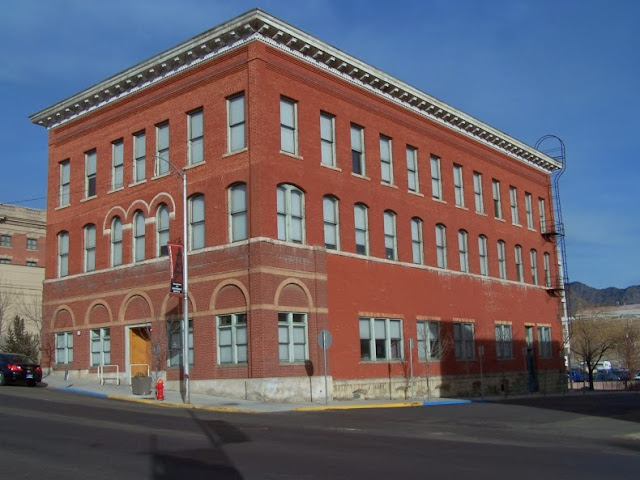 Shelley Tuttle began a Butte foundry and machine shop business in 1881. By 1890, the expanded Tuttle Manufacturing and Supply Company had a plant in Anaconda and employed twelve machinists, blacksmiths, molders, and pattern makers. Tuttle supplied parts and machinery for local mining operations, including the immense smelter works of Marcus Daly, who was a major stockholder in Tuttle’s company. In 1892, Tuttle built this business block as an outlet for his foundry products and to house an inventory of hardware goods. Tuttle was also agent for Ingersoll-Sargeant drills, Knowles steam pumps, and a wire rope company.

Butte builder J. C. Martin designed the three-story brick building with graceful brick arches and rusticated stone trim. Besides mining supplies and machinery, Tuttle’s foundry manufactured cast-iron storefronts and architectural ornamentation like the metal brackets that support the cornice displayed here. He also sold home furnishings and Garland stoves. Daly bought out the company in 1896 and changed its name to the Anaconda Copper Mining Company Hardware Department. Daly Bank and Trust owed the building for a time in the early 1900s.  The descendent of Tuttle’s foundry still operates in Anaconda today.

By the 1940s, this was the General Office of the Anaconda Company, housing such offices as the Purchasing Department, Coal Sales, Hardware Dept., Auditing, Insurance, War Bonds and Payroll processing, the Duplicating Department, and Kenwood Realty, a division of the company that managed its rentals and collected mortgage payments on properties sold by the Company.  In 1944, the Anaconda Company leased equipment from the International Business Machine (IBM) Co. at a cost of more than $5,000 a month, enabling them to use more than 10,000,000 “tabulating cards” that could produce paychecks at a rate of 18 per minute in this building, for distribution at the Mines Office (Pay Office) across the street to the south. The cards detailed 80 types of employee pay classifications and 700 contract pay rates.

The Montana Power Co. occupied the building in the 1970s. 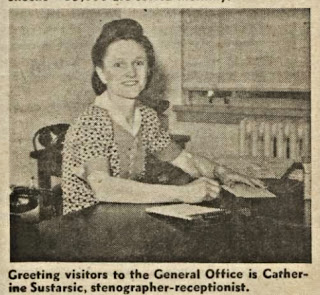