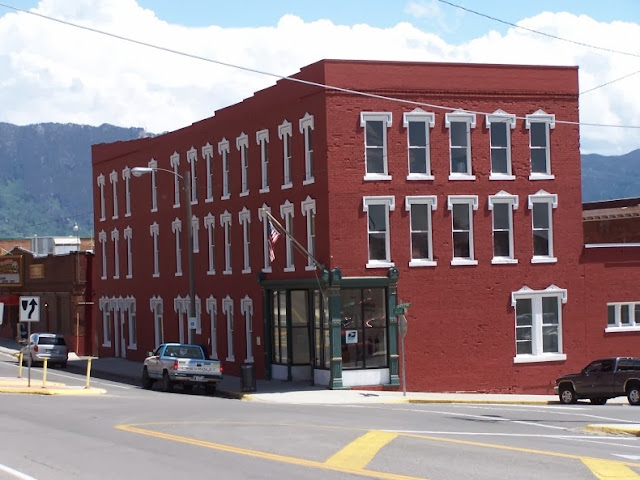 Maria and Camille Paumie came to Montana from France in 1887. They constructed the west half of this building circa 1890, known as the Parisian House; its furnished rooms were rented out under various proprietors. The bottom floor was the Parisian Dye Works, a dye house and dry-cleaning business run by the Paumies who also lived in the building. Paumie’s was one of Montana's first steam dry-cleaners. Located on the fringe of Butte’s notorious red light district, much of Paumie’s cleaning business was with the prostitutes who worked and lived just to the east.

The business expanded in 1898 with the addition of the east half of the building. Camille Paumie died in 1899 and Maria continued the business until the 1920s. Paumie’s Parisian Dye Works later had different owners who retained the Paumie name. The original three-story masonry building, with its fine cast-iron storefront (crafted by the Montana Iron Works, of Butte) and metal “eyebrow” lintels, appears much as it did in the late 1890s. A complex of interconnected extensions link this address with 110 S. Dakota.

In 1928, Ludger Michaud, Jr., was President of the Paumie Dye House and dry cleaning establishment. He (or perhaps his father, of the same name; the father died Feb. 24, 1917, age 64, and was a smelterman at the Parrot Smelter for much of his time in Butte) worked there as a cleaner in 1910.