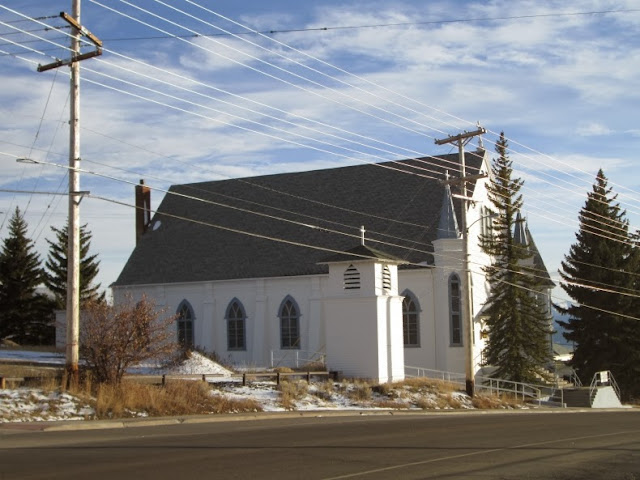 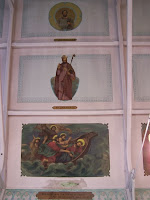 Bishop Brondel Xavier Batens created Butte’s second Catholic parish, St. Lawrence O’Toole, in March 1897. Initially, services were held in the Hibernia Hall in Centerville on West Center Street, just west of Main Street, in a building that no long stands. The church was constructed with $25,000 raised by miners’ subscription on land donated by the Butte and Boston Mining Company, the Gothic Revival style church was completed that year in time for Christmas Day mass. Eventually, the church served 5,000 mostly Irish parishioners in the Walkerville/Centerville area. When the church was dedicated in 1898, Bishop Brondel referred to it as "a church of workingmen. There is not a rich man in the congregation. The church was paid for by the small contributions of the poor people." The intensely Irish nature of the church was reflected by its relationship with the radical Robert Emnet Literary Association (RELA), which supported the Irish rebellion. The church drama club asked for, and received, RELA rifles to use in the Christmas play in 1907. By 1910, the St. Lawrence O'Toole had 302 families, with 137 of them headed by widows. 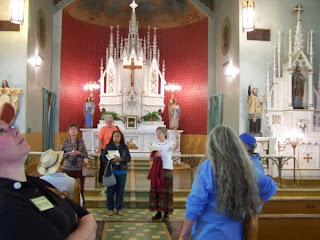 Although a central steeple has been removed, the wood-frame building remains an excellent example of period ecclesiastical architecture, featuring exquisite fresco paintings (circa 1906) on its interior wood-beamed ceiling. The exterior was painted white in the 1960s for the filming of an episode of the television series “Route 66.”The St. Lawrence has been decommissioned as a church, and is now owned by the City of Walkerville, which opens it occasionally for tours and special occasions.

The associated St. Lawrence Catholic School is located at 1226½ N. Main Street, behind the church.  It was built in 1904 and owned by the St. Lawrence O’Toole Catholic Church.  The outside walls are still standing.