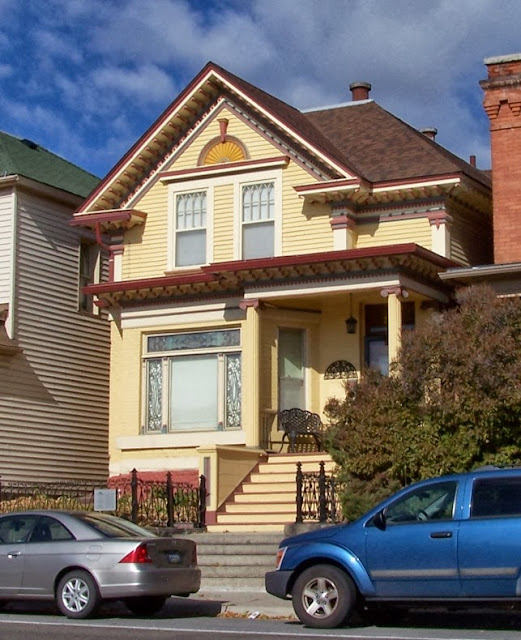 This Victorian-era residence exhibits many Queen Anne details, including an ornate floral pattern in the transom above the windows and a large sunray motif in the gable. The interior boasts three hand-milled fireplaces, oak doors, a stunning white oak staircase, and Tiffany stained-glass windows in the front entry. Built around 1891, a second story was added to the home during a $6,000 remodeling in 1900. Early ownership of the home is unclear, but by 1900 Katherine Q. Clark, wife of copper king W. A. Clark’s son Charles, owned the home. Katherine sold the home to her sister Ada Renick in 1903. Ada and her husband W. L. became the first owners to actually live in the residence. W. L. Renick was a respected physician in Butte until the family relocated to California in 1920. Local attorney and miner John Templeman and his wife Irene Isabella purchased the home from the Renicks and lived here until 1943. The home has been well preserved and maintained over the years, retaining its historic integrity.