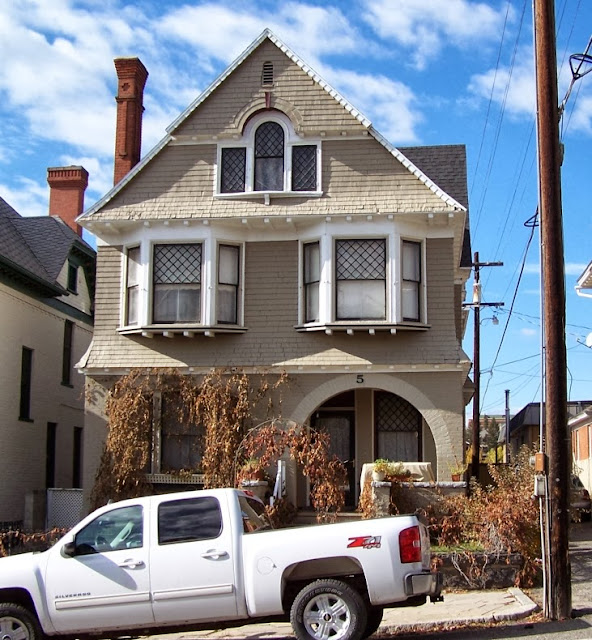 This showcase Queen Anne style home adds ambiance to one of Butte’s most prominent blocks. An elegant brick arch, flared overhangs accentuated with wooden brackets, projecting oriel windows, a centered Palladian window, and an extended gable decoration visually complicate the front facade. Constructed in 1901, it was home to Bettie Boyce and her husband, mining engineer Donald Gillies, who served as superintendent and ultimately manager of the W. A. Clark properties. In 1923, the Gillies’ daughter Lynnie married Horace Siegel, manager of Siegel Clothing. The Butte Miner described the wedding, which included a reception at the home, as one of the most notable ever in Butte. The Gillies and Siegels owned the house until 1928 when they sold it to Thomas and Esther Parent. Thomas worked as a salesman for the Symons Department Store, whose owner built the mansion next door. In 1932 the Parent family waved from the front yard as Franklin D. Roosevelt’s motorcade passed by. Their son Thomas Jr. and his wife Mildred raised four children in the home, and it continues to remain in the Parent family as of 2012.