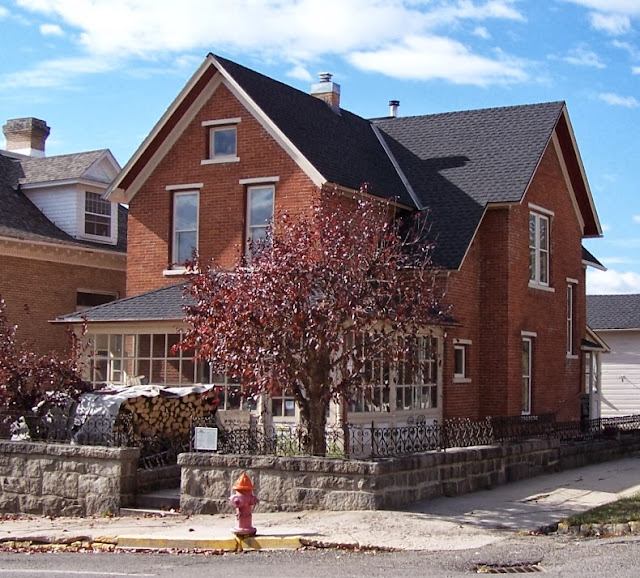 Armed with a degree in mining engineering, Canadian John Gillie arrived in Butte via stagecoach on April 6, 1880. The mining camp was so crowded that even hotel floor space rented at a premium. Gillie bedded down in the hayloft of a barn, a rude beginning to a long and distinguished career. Gillie became known as “dean of Montana mining engineers.” He was so highly regarded that, even though copper kings W. A. Clark and Marcus Daly were at daggers’ points, both employed Gillie as examining engineer; he later served as superintendent of the Anaconda Copper Mining Company. In 1895, the Montana legislature appointed Gillie secretary of the commission to establish the Montana School of Mines (now Montana Tech). By 1890, he and his wife, Margaret, settled into this home, which they owned until Gillie’s death in 1941. One of the first residences west of the original townsite, its simple elegance and more rural appearance set this home apart from its later high-styled neighbors.