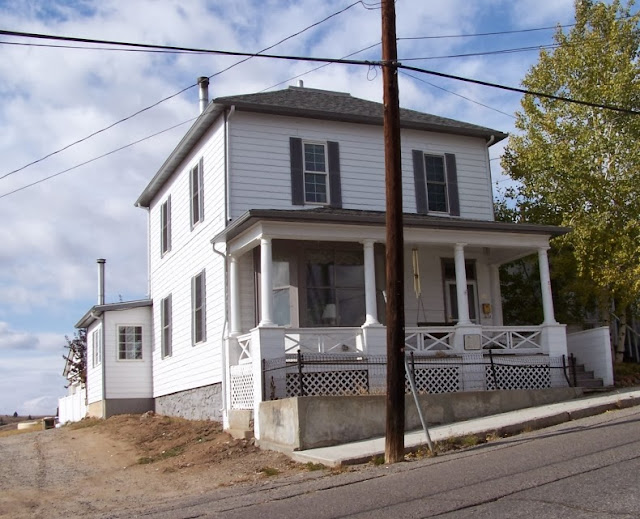 Members of the intertwined Sullivan and Hogan families shared this two-story residence as early as 1895. The early, wood-frame home originally had a small porch to the north of the large bay window; the full-length front porch was added between 1901 and 1916. Joseph Hogan was a member of Montana's first constitutional convention and Montana’s first state mining inspector, but the 1895 city directory listed him and his brothers-in-law, Eugene and Daniel Sullivan, as miners.

When Joseph died in 1900, Daniel was working as county deputy treasurer; his sister Margaret (Joseph's widow) continued to live with him. So did her four children, ages one, three, four, and seven. A teacher before her marriage, Margaret returned to the classroom after Joseph's death. In 1906, eight years before Montana women received the right to vote in general elections, she was elected County Superintendent of Schools, the only elected position women were allowed to hold. Margaret's daughter Maybelle followed in her mother's footsteps, becoming a teacher and then, for almost forty years, the county school superintendent. Maybelle remained in residence until her death in 1970.