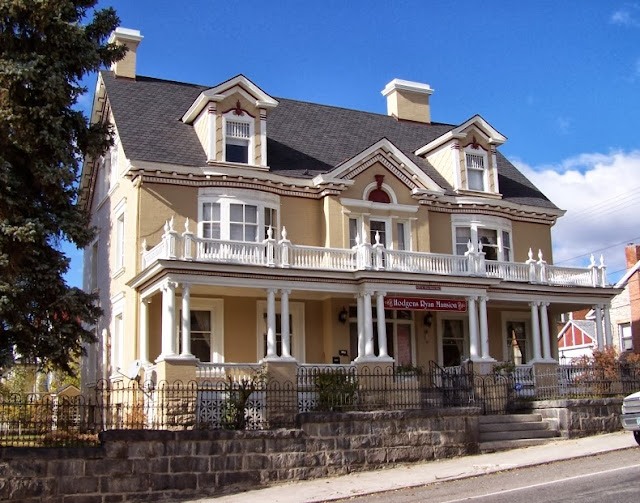 Thomas Hodgens, who held the prestigious position of cashier at the State Savings Bank, was the first owner of this magnificent T-shaped Classical Revival style residence built in 1899. Second owner John D. Ryan purchased the home in 1905. Ryan rose from a lowly oil drummer to president of the Daly Bank and was the only man to ever serve as president of both the Anaconda Company and the Montana Power Company, which he helped form in 1912. As director of the Chicago, Milwaukee and St. Paul Railroad, Ryan initiated the railroad’s electrification in 1916. A myriad of ornate high-style details ornament the façade of this splendid brick home, including Ionic columns, Palladian windows, second-story balustrade with decorative paneled posts, and dormers with swan’s neck pediments. The elaborate embellishment and expert workmanship well reflect the wealth and power of these two influential men.