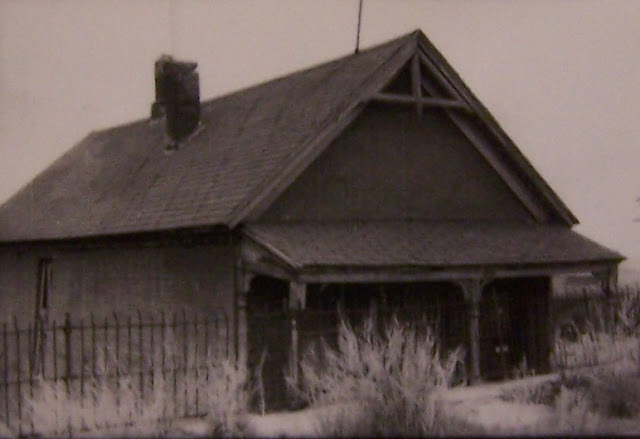 This porch- and gable-fronted cottage was among the last survivors on East Granite Street, still standing in 1985, but gone today. It was a brick-veneer frame home, with a wrought-iron fence.

One of the earliest renters here was James Burton, a miner from Michigan of Scottish ancestry, and his wife Agnes, from Minnesota of Irish heritage. Burton was a miner in 1900, but in 1901 he was a policeman living here. He moved in 1902 across the street and a few doors west, to 341 E. Granite, adjacent to the Blue Jay mine yard. He continued his community service work in 1902-03 as a pipeman with Hose Company #1 and as a fireman for Hook & Ladder Co. #1.

Mrs. John Anderson lived here in 1908 when she died July 1 of scarlet fever. Toivo and Anna Saari lived in the home in the late 1950s.

The house was present when the satellite view on Google Maps was made, but was gone by the time Google Street View came to Butte about 2009; it was demolished in the spring of 2004 by the Butte Public Works Department.