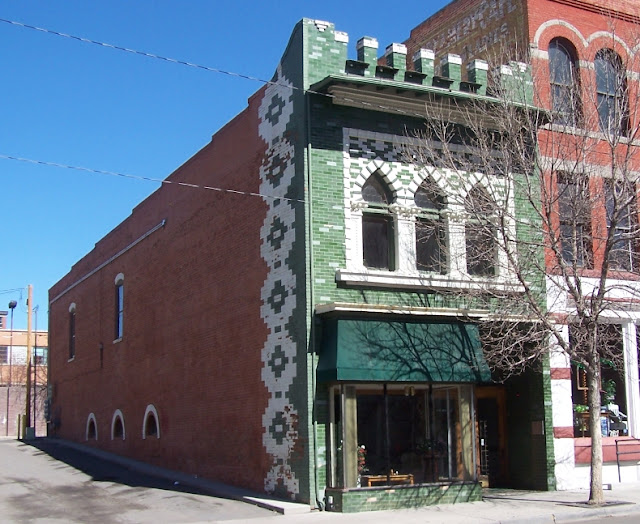 The publisher of copper king W.A. Clark’s newspaper, the Butte Miner, used this space as a printing office from 1884. In 1906, Butte florist James King partly demolished the older structure and erected this unique two-story building.

The year 1906 marked the beginning of a new period of growth precipitated partly by a thriving copper industry and by freeing up of investor money as the legal battles of the War of the Copper Kings were largely ended. 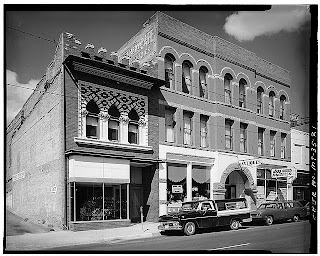 This optimism is mirrored in the architectural exuberance seen not only in Butte’s much grander buildings of the time, but in small businesses as well. The green-glazed brick and exotic Moorish revival arched windows provide an excellent example of this building trend, unique in Butte.

See also this Butte History blog post for an attempted murder connected with this building. Check this post for a report on the Miner Building, and this link for the small office building on West Broadway, which together replaced 27 W. Broadway as the Miner's offices and press room about 1901.