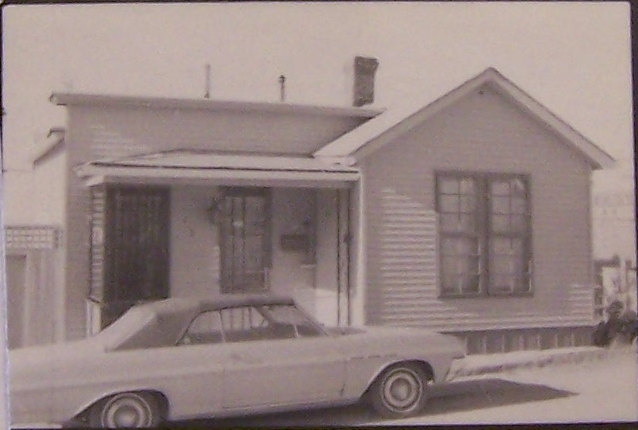 When John Harrington sold this lot in 1888, he reserved the right to mine within twenty feet of the surface—without reinforcing his mine with timbers. Understandably, the purchasers, miner Con Ambrose and his wife Sarah, built a functional, no-frills gable-front-and-wing residence in the early 1890s. Deeds like this one provided a disincentive to invest heavily in a home, and for good reason. Mining took precedence as the nearby Berkeley Pit—once home to crowded neighborhoods—demonstrates.

In 1894, the Ambroses sold the home to Philip Goodwin, city circulation manager for the Butte Miner newspaper. Most of the other early owners were miners, many of whom worked at the nearby Parrot Mine. Among them were John Wallace, a miner from Tennessee who lived here in 1910 with his wife Bessie, a boarder, and a lodger, and Maurice Condon, whose family purchased the residence in 1912. Maurice died in 1925 at age fifty-two of pneumonia, one of the many lung ailments common to miners working amid dynamite, damp, and dust. After his death, his widow, Annie, worked as a clerk and housekeeper. She lived here with her son, also a miner, into the 1930s.

Although this is the only house surviving on this part of East Quartz Street, the area was once crammed with homes and people, likely with a population of more than 200 in one block alone. See this Butte History post for a report on an 1897 New Year’s Eve party just across the street from this house, and more about the neighborhood.