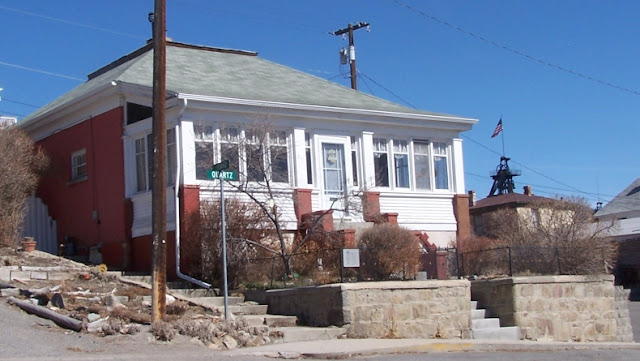 Tucked into the steep slope of a Butte hill, this wonderfully preserved four-square cottage well represents Butte’s working backbone. Real estate mogul Josiah Beck built the modest home in 1885 over the Silver King Lode. Charles Eltinge, its first owner, was a correspondence clerk for W. A. Clark. The Eltinge family was strangely connected to America’s first famous female impersonator, William Julian Dalton, who was a neighbor and chum of Eltinge’s son. The performer took Julian Eltinge as his stage name.

By 1916, James and Bridget Shea owned the home. Widowed during the influenza epidemic of 1918, Bridget raised four small children working as a waitress. She began a 25-year career in 1930 as business agent for the Women’s Protective Union, likely having experienced this need firsthand. The Shea family owned the house until 1978. Unusual decorative lattice and diamond openings at the porch base add individuality to the standard vernacular design. Original varnished woodwork, French doors, and hardwood floors grace the interior. Bridget’s carefully tended garden of shrub roses, lilacs, and lavender are a fragrant and lasting legacy.

The house was built as a small four-square home, but a kitchen was added on the north side before 1888, and further additions between 1900 and 1916 created a long rectangular building. The front porch was enclosed in the 1930s. This block was Irish for at least 50 years; the shamrock and “IRA” for Irish Republican Army, painted in the basement, date to 1932. Basement wall construction is diverse, including unmortared rubble, brick, granite blocks, and granite bedrock.