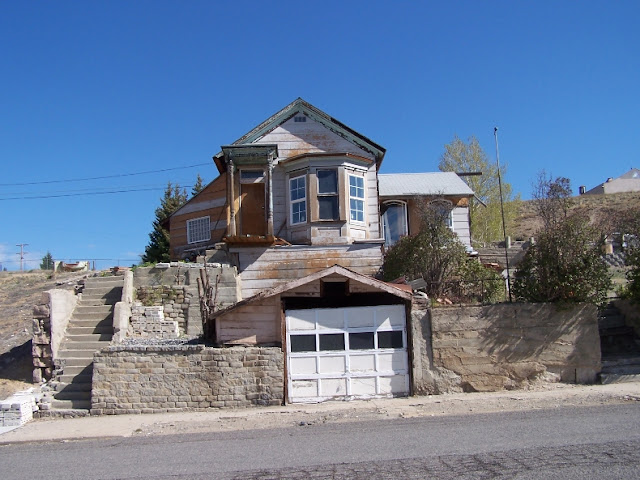 This house, one of few that survive in this part of Granite Street, had a carpenter’s shed along the alley to the rear when it was built about 1890. It has several additions, including a flat-roofed section and a gable-roofed addition on the rear, and the street-level garage is post-1916.

The original address here was 219 E. Granite, changed by 1891 to 227. Directly across the street was the first Butte High School (later Washington Junior High).