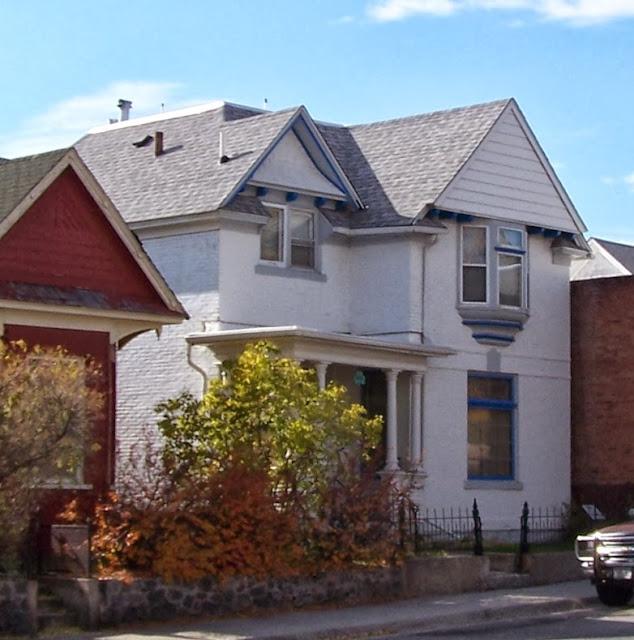 Jennie Tallant, a founding member of the Montana Society Daughters of the American Revolution, and her husband, Walter, were early residents of this home. Named first regent of the Silver Bow DAR chapter in 1897, Jennie became the third state regent in 1901. This home was the site of many DAR meetings, including the State Society’s first meeting in 1904. For that occasion, Mrs. Tallant decorated the home “in flags and the national colors, with a profusion of flowers.” Nationally, the DAR was founded in 1890 out of a concern that immigration was diluting American values. The society worked to promote patriotism, education, and an appreciation of American history. Among other projects, the State Society spearheaded recognition of historic sites. Important for its DAR connection, this home, built between 1890 and 1898, is also architecturally significant. Its irregular shape, leaded glass, ornate transoms, and ornamental iron fence associate it with the popular Queen Anne style. The classical style front porch was added after 1916. In 1928, painter John Redman and his wife Mary purchased the home, which remains in the Redman family.