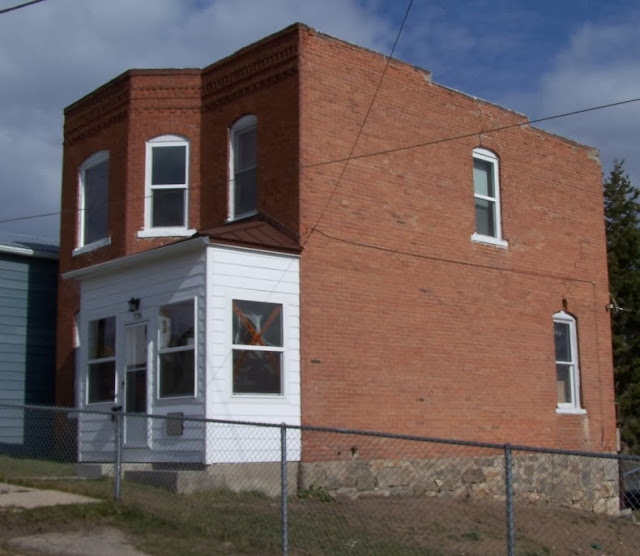 Among the miners flocking to Butte was Joseph Dillon, who immigrated to the United States from England in the 1861. By 1885, he worked at the Lexington (one of the camp’s early silver mines) and lived on “upper Montana street” with his wife Mary and the first of their seven children. The Dillons resided in a one-story wooden residence, adding a large front porch by 1900. Between 1900 and 1916, the family replaced their modest dwelling with this brick-veneered Queen Anne-style two-story home. Decorative brick corbelling along the cornice and a two-story bay window define the exterior. As was common, the Dillons’ grown children lived at home until they married and their wages (earned as a stenographer, wagon driver, and office worker) almost certainly helped pay for the transformation. Joseph died in 1912, but Mary continued to live here until her death in 1936. Her son Eugene and his family occupied the home through the 1940s.