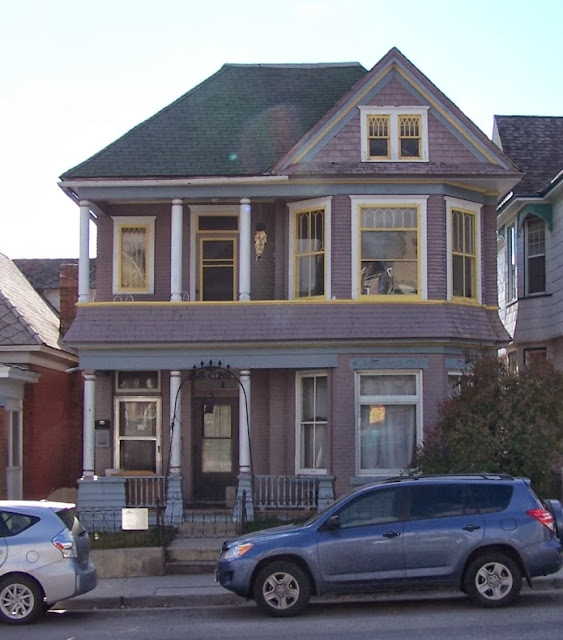 Tucked snugly between its neighbors, this modified Queen Anne style home began as a one-story cottage designed by architect William White and built in July of 1897. Albert Elliot, an electrician for the Montana Electric Company, was an early resident who lived here with several boarders in 1898. Mining surveyor Azelle E. Hobart had purchased the property by 1906. Second-story additions were a rather common occurrence in Butte, reflecting the growing financial security of property owners. The second story of this residence, added by the Hobarts in 1908, is an excellent example of that trend. In 1920, household residents included Azelle and Elizabeth Hobart and their two sons. Clothing store proprietor Alfred Wertheimer and his wife, Bella, rented a portion of the home. The projecting front bay, mixed exterior cladding, transomed windows, and decorative porch elements mirror Victorian era sensibilities, while an ornamental iron fence complements the view from the street.