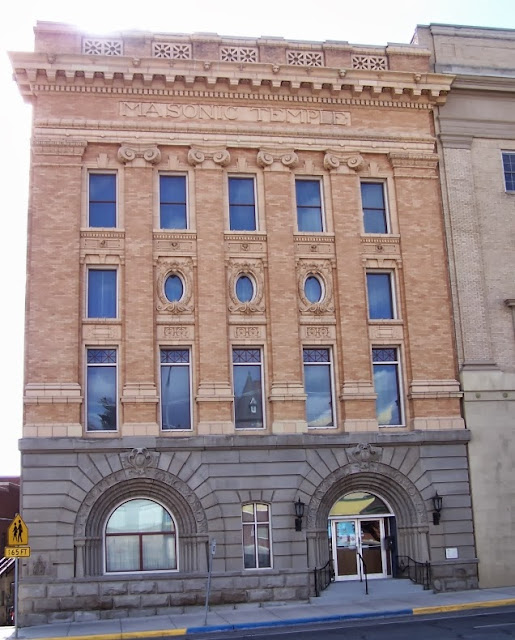 The first Masonic Lodge in Butte was chartered October 3, 1876. With a membership of 550 after the turn of the twentieth century, the organization had outgrown its old quarters on West Park. The new temple, completed in 1902, provides an early example of the grandly scaled Beaux-Arts style that came to dominate Butte’s later civic structures. Link and Carter, the forerunner of the prestigious architectural firm of Link and Haire, created the new temple, enhancing its façade with Ionic columns, a cornice of lions’ heads, and decorative borders of acanthus leaves and geometric designs.