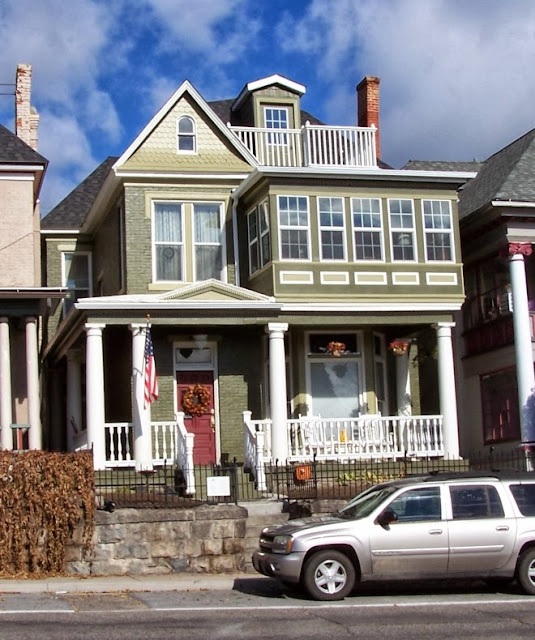 James H. Lynch was a man of many hats. Lumber, livery, mine development, hotel management, and wholesale liquor are but a few of his successful business ventures. A founder of the Silver Bow National Bank, Lynch also owned substantial Butte real estate and served terms as alderman and city council president. In 1894, President Grover Cleveland appointed Lynch postmaster of Butte, and he served a four-year term. Although James and Mary Lynch had no children, they opened their home to a niece and nephew, who lived with them in 1900. A turn-of-the-century biographer noted, “In their beautiful home in Butte, Mr. and Mrs. Lynch evince a truly western hospitality.” The 1890s residence, built as the twin of its next door neighbor, is little altered. Elegant period details include a pedimented porch trimmed in dentils, Tuscan columns, and miniaturized classical motifs on the entry door. An ornamental iron fence, crafted by the Butte Carriage Works, fronts the property.