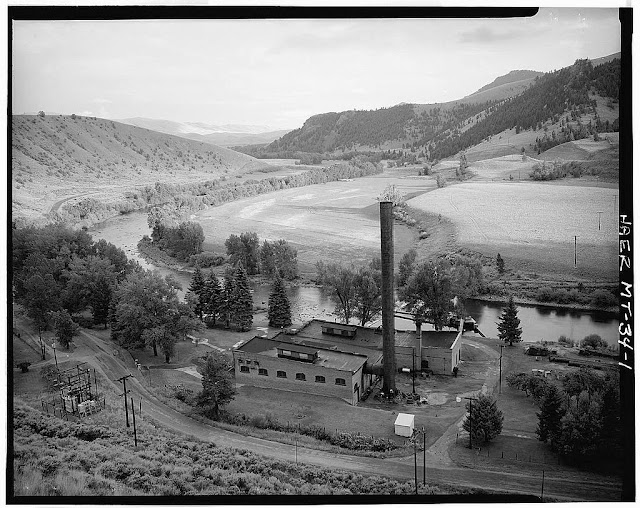 The Big Hole Pump Station was a creative and far-sighted solution to the water supply problems faced by the mining industry and the residential community in the Butte area. The water system pumps over 15 million gallons a day over the Continental Divide to Butte and the surrounding areas, with a maximum distance covered of almost 28 miles.

The Butte Water Company was established in 1898.  The pump station, built the next year, contained an 840-foot pump lift that fed to reservoirs on Divide Creek, and then over the Continental Divide to Basin Creek. The water drained by gravity through continuous-stave redwood pipelines to Butte. Seven zones were established to maintain appropriate pressures in the distribution system. Pumping was minimized by creating piping interconnections between three independent water sources (Yankee Doodle Creek, Basin Creek, and the Big Hole River).

The 1899 brick pump station stands on a concrete foundation and contains two 20,000-pound traveling cranes, one in each pumproom, and a large repair shop. The original #1 pump was a horizontal triple-expansion two-stage plunger pump manufactured by the Nordberg Manufacturing Co. of Madison, Wisconsin. It was initially powered by steam generated by burning coal, but it was electrified in 1907 and continued to operate until 1946.

The 150-foot riveted steel smokestack was erected in 1899 for the original steam boilers. A coal ramp (since removed) was built onto the rear of the building for the hauling and dumping of coal into the bins. The Sterling boilers still exist but have not been used for many years.

Note: The Big Hole Pump Station is beyond the Butte-Anaconda National Historic Landmark District, but it is an independently listed National Register property in Silver Bow County (one of only 13). See also the complete HABS/HAER photo collection, as well as a set of modern photos on Facebook by Dick Gibson.