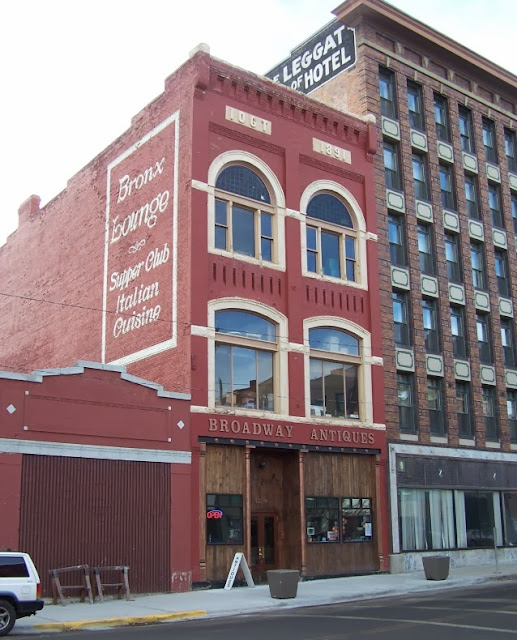 Both men and women were admitted to this temperance organization, whose Montana Grand Lodge was organized in 1868. Butte Lodge #14 commissioned architect H. M. Patterson to design this appealing three-story building, completed in 1891, where the third floor served as the group’s meeting hall. While Patterson demonstrated exceptional talent in local residential design, his commercial and public commissions were the key to his considerable reputation. This was his first major commercial project. The upper floors reveal Patterson’s creative flair: graceful semi-circular arches, recessed windows with rough-faced stone sills, and fine decorative brickwork. The building’s sometime use as a bar defied the Templar ethic to “…never cease until the last vestige of that fearful vice … is driven from our land.” Today, an antique shop occupies the ground floor.

In 2013, the vaulted sidewalk here was replaced, revealing the early construction method. A wooden framework was built within the vault, and wood planks, about 2”x12” were laid down to create a substrate upon which the concrete sidewalk was poured. When vaulted sidewalks are retained in Butte today, a steel framework forms the base for the concrete.