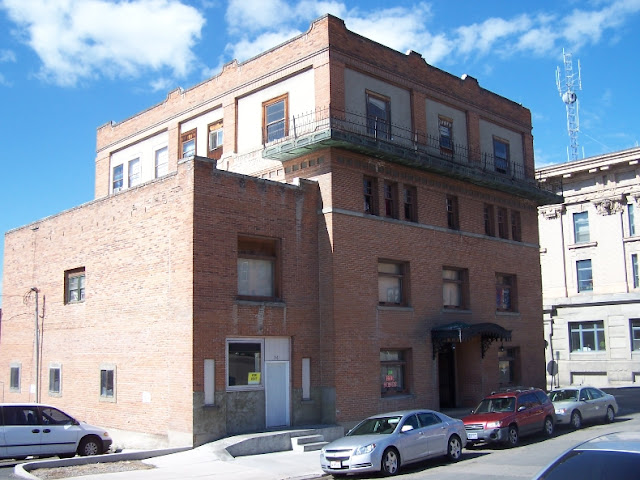 This building was constructed in 1910 as a three-story structure as the nurses’ home and laundry for the Murray Hospital that stood across Quartz Street (see this Butte History article for an image of the hospital, now gone).

It was valued at $35,000 in 1910; the fourth floor was added before 1916. Dr. T.J. Murray also lived here, and additional apartments occupied floors 2 and 3; the nurses lived on the 4th floor and the laundry was in the basement. By 1951, the ground floor was still a doctor’s office, and apartments filled all the upper floors.

An attached garage originally occupied the lower level of the 2-story addition to the east, which still stands. The main building is of reinforced concrete construction with brick veneer walls and a copper railing at the top of the third floor, originally a cornice at the top of the building. There was a tunnel beneath Quartz Street connecting the basement laundry to the main hospital across the street; it was “not used” by 1951. 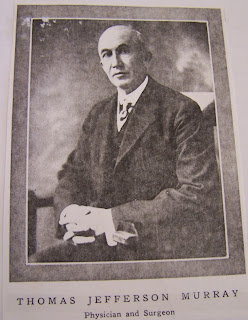 About 1919, this building was purchased by Dr. Caroline McGill, Montana’s first female physician. She maintained her clinic here and also lived in the building along with the tenants. Among her clients were many of Butte’s Chinese, who often paid for McGill’s services in barter, often with Chinese porcelain. McGill’s collection is now in the Museum of the Rockies in Bozeman.

McGill (1879-1959) was born in Ohio and grew up in Missouri, earning a doctorate in anatomy at Missouri State University in 1908. She studied medicine in Europe before coming to Butte to work for the Murray Hospital in 1911. She received her M.D. from Johns Hopkins in 1916 and came back to Butte, where she practiced until 1956. McGill purchased the 320 Ranch in the Gallatin River Canyon, which is today a guest ranch.

This building’s connection to both Murray and McGill, together with its long history as a medical facility and its unique copper railing, make it a significant historical resource. In 2013 it is used for offices and residences.