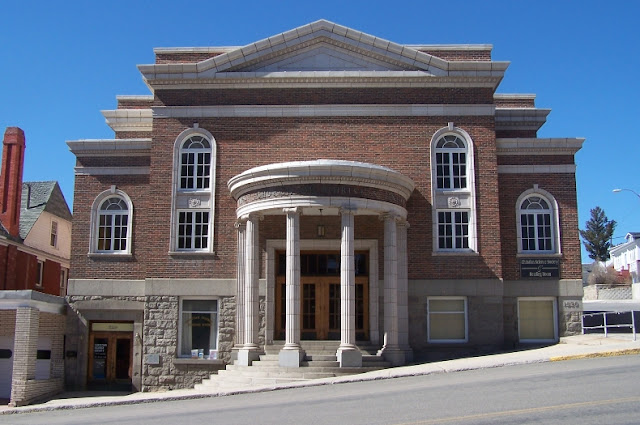 Christian Science was a young religion when believers first gathered in a private Butte home in 1893; according to church teachings, Mary Baker Eddy discovered this system of prayer-based healing in 1866. The congregation grew rapidly, and Butte’s First Church of Christ, Scientist, formally incorporated in 1911. Church members purchased a brick house on this site in 1914 and launched plans to build a new church two years later. In 1920 the congregation broke ground for its new edifice; increasing membership led it to expand the building in 1929.

This corner was occupied by a large, bay-fronted mansion built before 1884 and expanded by 1888. By 1916, the Christian Science church occupied that house prior to building the church that stands here now.

Source: historic plaque by Montana Historical Society; Sanborn maps. Photo by Richard I. Gibson.
Posted by Richard Gibson at 11:11 AM