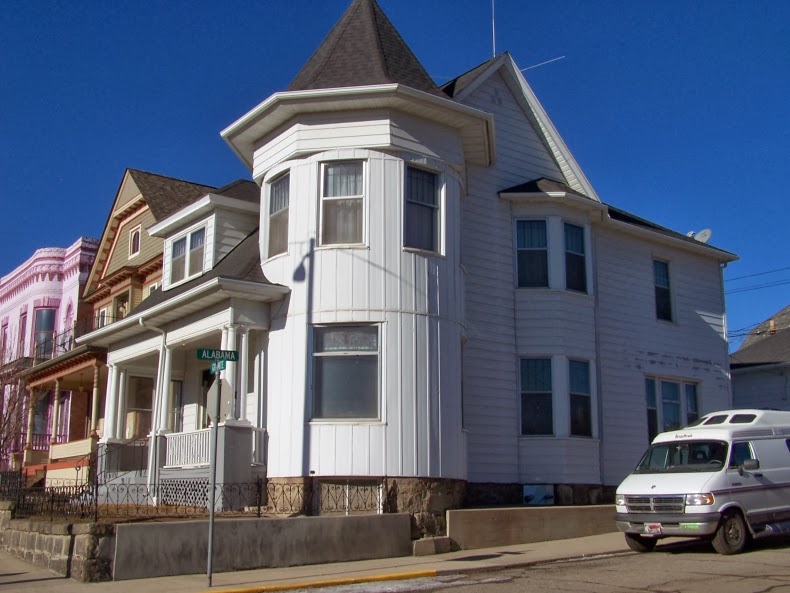 Prominently situated on a corner lot, this Queen Anne style residence is a neighborhood showpiece. Band leader Sam Treloar had the brick-veneered house constructed in 1901, possibly as an investment property. The Cornish bandmaster is best known as the leader of the Butte Mines Band, which he founded under a different name in 1887 and led for over fifty years. It was one of the United States’ most celebrated industrial bands, and its members, all miners, won first place in competitions across the West.

The two-story residence features an octagonal turret with wide overhanging eaves and a fixed stained glass window, an inviting front porch with double Tuscan column porch supports, and a projecting bay on the east façade. Banker Rupert Nuckolls lived here from 1908 through 1912 with his wife Georgia, their three children, and (after their eldest daughter married), their son-in-law and granddaughter. Georgia Nuckolls was an active clubwoman. Starting in the 1890s, the woman’s club movement provided its members social and intellectual opportunities (Nuckolls, for example was active in the Westside Shakespeare Club) as well as advocating for political reform.

Text from Historic Plaque by Montana Historical Society. Photo by Richard I. Gibson.
Posted by Richard Gibson at 10:44 AM