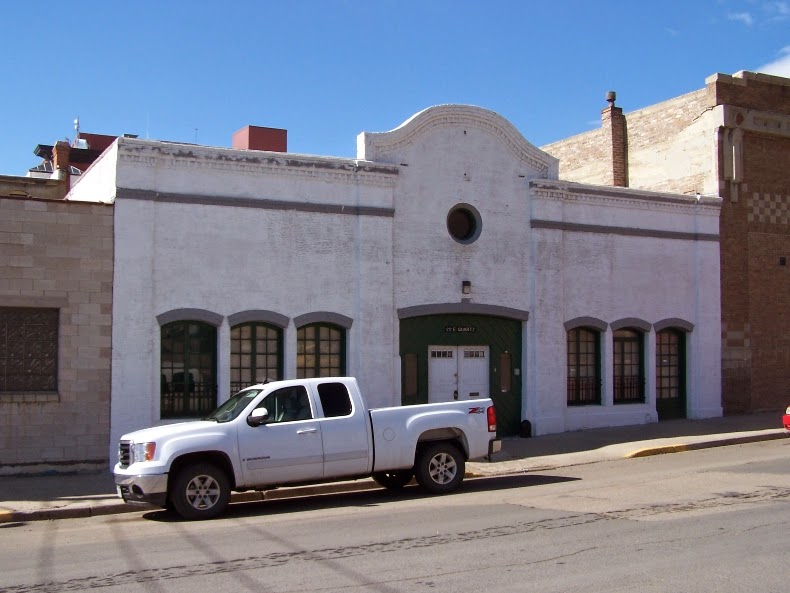 In 1915, James E. Murphy owned this building.  It was built by Nelson & Pederson to be used as a garage.  The cost of the original construction was $13,500. It had a concrete first floor and hollow tile second, steam heat, electric lights and a wood truss roof.

In 1942,  William H. and Jack H. Harkins opened the Harkins Bottling Company.  The business included making and bottling soda pop; distributing the soda and numerous snacks to businesses around the Butte area.  The business was truly a family-run operation as the brothers’ wives took turns working in the office.  Harkins Wholesale and Bottling Company existed until the early 1980s.

The lot where this building stands held a small frame lodging house ("furnished rooms" - but it was so small, there couldn't have been many rooms) from before 1884 until the middle 1890s. It appears that this was a vacant lot for close to 20 years until the garage was constructed.
Posted by Richard Gibson at 4:31 PM