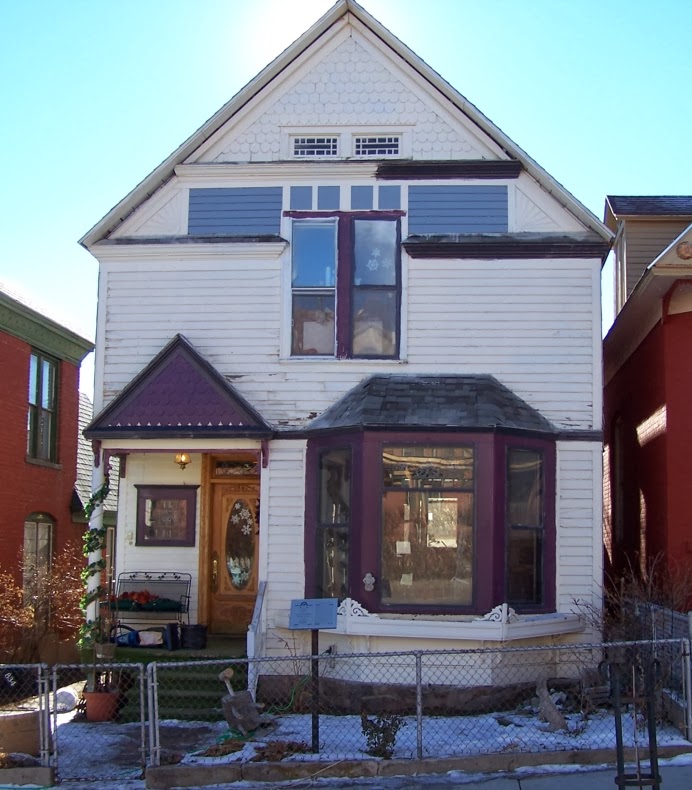 As its population tripled in the 1890s, Butte began its transformation from a mining camp to a small city. The percentage of married men grew by 10 percent, and local builders worked busily to fulfill the increasing demand for single-family homes. Carpenter John Shackleton constructed several, almost identical cross-gable residences, including two on the 800 block of Broadway and one on this lot.

Built in 1897, the two-story, wood-frame residence was home to Edward and Alice Holden in 1900. Edward worked as telegraph editor for the Butte Miner, a daily newspaper. Ella Heuser and her husband Edward, a drugstore owner, purchased the residence circa 1908, and were likely responsible for building the one-story rear addition. By 1920, the home belonged to Jacob and Cora Pincus. Jacob had a varied career as a jeweler, watchmaker, and tobacco merchant. While he was "industrious," "trustworthy," and one of the city's "most conservative and substantial" businessmen by his own account, others remembered him as a "black sheep… [who] never did anything right." The Pincuses lived here until Jacob's death in 1942.

Text from Historic Plaque by Montana Historical Society. Photo by Richard I. Gibson.
Posted by Richard Gibson at 10:42 AM